Greetings all you Gorgeous Men,

Hello! My name is Darina

i need a hang partner a real friend w4w

we are a couple and we are located in bucharest,romania. We can travel worldwide to fullfil your hidden fantasy

my name is katja. I'm an independent czech companion based in prague.

My name is Que

The Nomadic Flaneur: Sex, Love and Dodgy Food in Thailand

Not exactly the time you want to be getting out of bed in the morning, especially when the three Scouse girls in your dorm room managed to pull three Yorkshire lads the night before, and you've had to endure what was probably minutes, but felt like hours of very Northern sex noises. Dragging myself out of bed, I made it my mission to make as much noise as possible whilst I got ready and then sleepily made my way to the train station. As much as I love Bangkok, it's a little bit full on and crazy, so when someone suggested I should visit Kanchanaburi to get away for a few days, I did some research on the little town.

I've always been a bit of a history geek, especially when it comes to World War 2, so when I realised that this was the home of The Bridge Over The River Kwai, I decided to take the opportunity for a little break from city life and hopped on the am train. My guesthouse was pretty cool. It was a cute little floating guesthouse, right on the river itself. It also had pet dogs, and I made really good friends with one of them as soon as I met him. 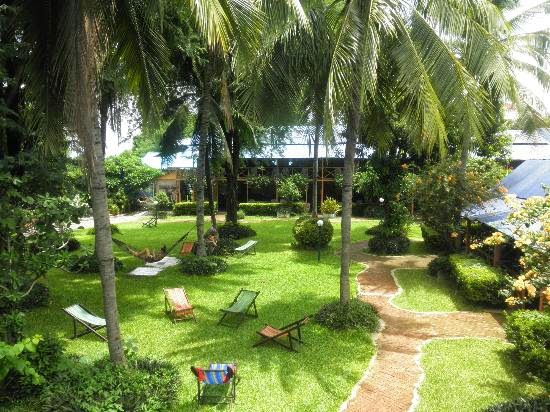 He wanted stay in my room, and I sort of wanted him to stay too, but I was a bit worried the man might tell me off so I didn't let him stay. We did some wandering, got caught in an absolutely crazy rainstorm, ate really spicy street food and then made our way to the Bridge Over The River Kwai to have a beer and watch the sunset. It was my first ever Chang, it took me about two hours to drink, and the sky was really cloudy, so the sunset wasn't amazing, but it was still pretty surreal to be watching at such a historic landmark.

The next few days gave me the very much needed chance to chill out and explore, and learn more about the Thailand - Burma Railway and the absolutely atrocious conditions that the prisoners of war who were forced to build it endured.

I visited the Hellfire Pass Museum which was really interesting, though I had to leave early when my patience hit an all time low with a French family, who had seemingly brought their children along just to play 'tag,' whilst they stood around, appearing to have a 'who can talk the loudest?